The battle for the bypass

This article by John Charlesworth, and John Honnor originally appeared in our October 2010 Newsletter. 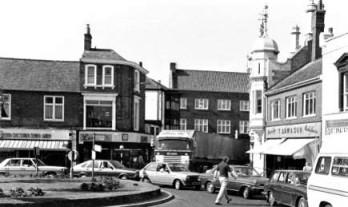 It's not much of an exaggeration to

say that the Society saved Spalding. What the bombs failed to do in wartime the County Council and Urban District Council were set to do in 1966 – i.e. lay waste the town centre. At  that time the A16 ran through Bridge Street, the Market Place and the bent bottleneck of Kingston’s Corner to Pinchbeck Road. It was murderous. Juggernauts mounted the Bridge Street pavements to pass each other,  and  to  hell  with  pedestrian or cyclist. The only sane solution was a bypass.

Instead, the County Surveyor came up with a so- called Inner Relief Road – a John Adams Way that would smash its Spalding way straight from High Bridge to Pinchbeck Road. Mediaeval street pattern, historic buildings, shops, pubs, houses, the ‘Consti’ bowling green, all to be bulldozed to keep the lorries moving. Worst of all, it would entrench the worsening A16 traffic permanently in the town centre, for there’d be no county or Whitehall cash for a bypass once an Inner Relief Road had been built. Imagine it: all the present bypass traffic jammed in the middle of the town, juddering, fuming, and all the extra demolition that would then have been found necessary, the double- bridge roundabout at High Bridge, the White Horse just a thatched memory. This is the devastation that Spalding was saved from by the Society. 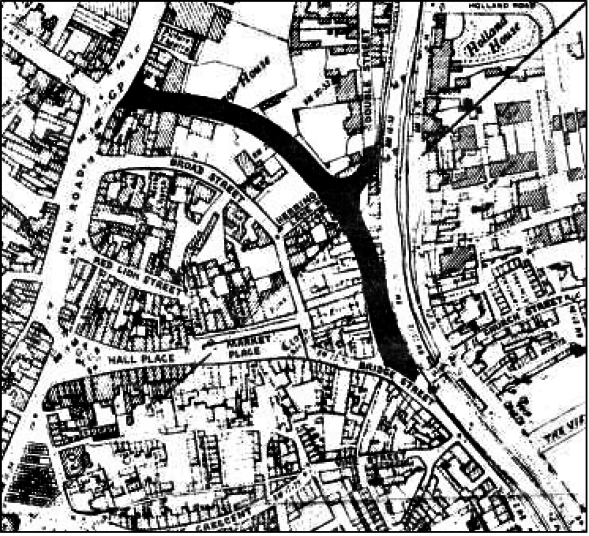 Unbelievably, the Urban District Council voted in favour of the scheme – on the casting vote of the Chairman. Appalled, the Society pledged itself to fight the relief road and to battle for a bypass. Its first, and crucial, action was a door-to-door petition of every house in Spalding. Public opinion declared itself overwhelmingly against the road. (Victory 1.) Faced with this degree of hostility, the County Council put the Inner Relief Road on ice. (Victory 2.) Gradually the Urban District Council and then  the County Council were won round to acknowledge that the only acceptable long-term solution was a bypass. (Victory 3.)

Indeed, in 1973 the Ministry of Transport unveiled five possible bypass routes. Only one of them, however, was a true bypass (east of the Coronation Channel). The rest ran along the closed railway track-bed and involved a huge fly-over over Winsover Road. (Imagine Park Road with the A16 alongside it and all the noise of an elevated road.) The County Council opted for one of the railway versions; Spalding people for the real bypass. But either way there was no Spalding bypass on any government action list.

Meanwhile, with worsening congestion in the centre, the County highways engineers turned to traffic management schemes. As these all involved treating the river as a sort of dual carriageway with a central water reservation, they were acceptable to neither the Society nor South Holland District Council (as it had become), who were by now keen to develop the riverside as a town-centre amenity.

Indeed, in 1975 to mark European Architectural Heritage Year. the council commissioned a riverside regeneration scheme, put money aside and secured a £75,000 grant from the government. Shamefully, it was two  Spalding County Councillors who led opposition to it at County Hall (it would hamper possible road schemes, they said), and scheme and money were lost.

A few years later the Council tried again, commissioning its own traffic management scheme and another riverside regeneration plan, only to have them vetoed by the County as before. 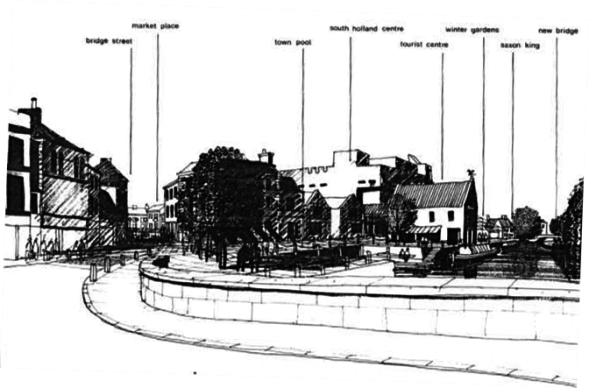 Meanwhile, a one-way system for traffic management using High Street and Double Street was put in place as a temporary measure. Although adversely affecting the riverside (as it still does), it did allow the Market Place to be free of through- traffic and later pedestrianised.

The lack of progress on a proper bypass led the Society to join forces with the Chamber of Trade and to approach our MP. To his great credit, Richard Body immediately agreed to arrange a meeting with the Junior Minister of Transport, Kenneth Clark. Within three weeks we were round a table with the Minister at Westminster, with the Society leading the presentation. Ken Clark was very  straightforward, he had been to Spalding (“a nice little town”), but “no, our bypass was not on the list”. He listened to our case and promised that if, as seemed probable, existing contracts made savings, then he would ensure that Spalding would be next. True to his word, five months later we were “on the list”.

It took another ten years to plan, consult and construct the road, which opened in 1995. On its tenth anniversary a County Highways senior officer said that without the bypass the town today would be “unable to cope, because of congestion, delays, environmental issues and of course safety”. Yet it is precisely this intolerable state of affairs that his department, and our own town council, would have inflicted on Spalding in 1966 for ever – if it hadn’t been for the stand taken by the Civic Society.