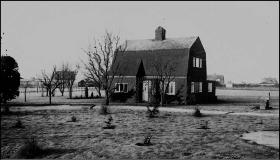 One of the distinctive Fulney LSA houses in the 1930's a year or two after it was built. 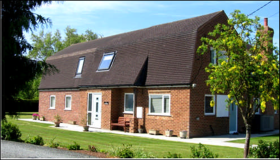 The same house as it is today. Try mentally removing the extension on the left, moving the door back to the right and adding a chimney, and the original re-emerges.

In 1936 a hundred men marched from Jarrow to London in search of work and an end to poverty.

In the same year 40 unemployed miners from the north-east of England moved to Fulney to begin new lives as market gardeners on a Land Settlement Association. The men from Jarrow returned with nothing. The LSA became a multi-million pound horticultural industry, which still survives today.

Most people have heard of the Jarrow marchers; few people know about the LSA. More than 1,000 unemployed miners moved to 20 different LSAs across England. Fulney LSA was based on 114 acres of the ‘Dairy Farm’, which was divided into 38 smallholdings of 2.5 acres, each with a house built for the tenant and his family.

By 1970 Fulney LSA was deemed to be too small to be economic and tenants started to leave because of the threat of closure. However, in 1971 the settlement began to attract new tenants, who were quick to see the economic advantages of following the Association’s advice on cropping. By the end of 1973 all 38 smallholdings were occupied.

All LSAs closed in 1983, but were encouraged to continue as independent companies. Sidlesham Growers (formerly Sidlesham LSA) and Foxash Growers ceased operation only in 2010, whilst Snaith, as part of Yorkshire Salads, still trades today.

At Sidlesham in West Sussex, where I live, I have created a heritage trail, a website and a film to celebrate and commemorate the significant contribution that the LSA has made to our national social history. More recently an LSA house has been dismantled and is in storage at the Weald and Downland Living Museum, near Chichester, awaiting funding to be re-erected – then the LSA story, including Fulney, will have a permanent home. 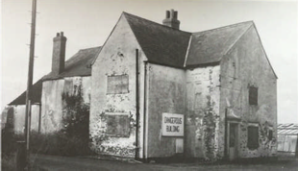 One of the distinctive Fulney LSA houses, with a Dutch-style mansard roof, was seen on a recent edition of Channel 4’s Grand Designs, prompting me to investigate further.   To my amazement I found that the former offices of the LSA, below, occupied a vetchery (dairy) of the local Priory. It is now a listed building* – though in a “very bad” state says Historic England’s Heritage at Risk register.

With your help I would like to tell the story of Fulney LSA. Were members of your family tenants or staff on the LSA living on Mallard Road, Weston Hills Road or Swindler’s Drove? There are several nurseries located on Mallard Road in Fulney – do you know staff who work there who may know about their previous history?

I look forward to hearing from you and then sharing the outcomes of my research.

Email me If you can help