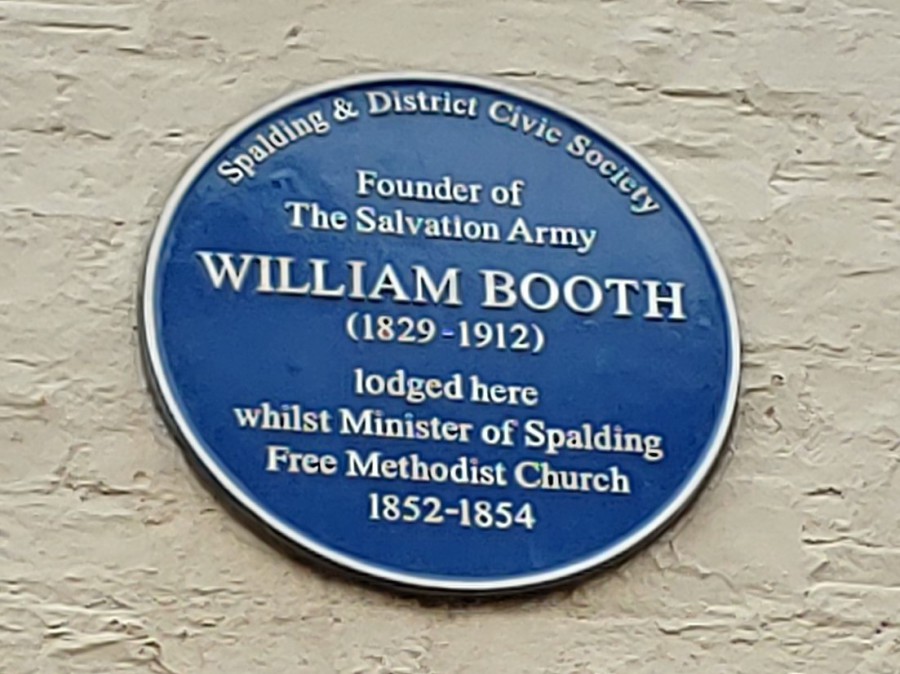 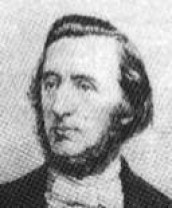 William Booth was just 23 when Spalding’s Free (or Reformed) Methodists invited him to become their minister. He had no theological or ministerial training. What he did have was a passionate, burning zeal to bring the poor, the destitute, the outcasts of this world to God.

He’d ‘seen the light’ at the age of 15, as an apprentice pawnbroker, and had started to preach in the poorest and most squalid streets of his native Nottingham. Despairing of the comfortable, middle- class respectability into which the Methodist Church had by then settled, the fiery 17-year-old led his ragged slum listeners off the street one Sunday into the Wesley Chapel and seated them in the best pews. He was roundly reprimanded and told in future to use the back door and the obscure benches set apart for the poor and shabby. Later, after moving to London, he was expelled from the Walworth Chapel for refusing to give up his street preaching, and turned to the break-away Free Methodists.

With his pawnshop job lost as well, he was virtually penniless when the call came from the Spalding Free Methodists. Their leading light was Mr.Major Shadford, a chemist in the Market Place and an increasingly influential local figure. (It would be interesting to know if Shadford had learned of the young man from a London acquaintance or had come across him by chance preaching in the street.)

Arrived in Spalding, Booth lodged first in Red Lion Street and immediately threw himself into the work. Services were held in the old Assembly Rooms in Broad Street (where the Spalding Club now is, opposite the Herring Lane carpark). But the Spalding circuit was enormous, stretching from Boston to Holbeach Drove, with over 30 Free Methodist groups to serve and organise, mostly on foot, sometimes “sitting down under hedges to rest,” he recalled. “I have tramped many a mile in these Fens, up to the ankles in mud, not knowing sometimes how to get my feet out again without leaving my boots behind me.”

He preached in scattered little chapels, in the open air and in farm kitchens with ceilings so low he could scarce stand upright. The on-going dispute between the Reformers and the Wesleyans meant that it was not always clear who owned a particular chapel. At Sutterton the Reformers were locked out, and “the people had to get in through the window.”

Much to the concern of his betrothed back in London. Charlotte wrote: “No man can sustain incessant toil … and you must tell them.” And Joseph Ashwell, his next door neighbour when Booth moved to Bridge Street, said, “You couldn’t really hold him. I used to tell him he would kill himself.” To no avail.

As a Spalding chapel member recalled years later: “When he called at [our]house after his meetings, it was easy to tell by his manner whether those meetings had been successful or not. If they had, he would leap up the steps like a school-boy, humming snatches of some favourite hymn tune.” A successful meeting meant con- versions: 4 after one service in Holbeach, 14 at Donnington, 6 at Swineshead Bridge, 36 at Caistor. “People wept,” he wrote. “Strong men were com- pletely melted down.” Clearly he was a very charis- matic young man indeed. During a ‘tea meeting’ in Spalding, he found himself “almost crushed by the mêlée of young people trying to get close” to him.

When Booth moved back to London in 1854, he left behind him a much strengthened Free Methodist movement in Spalding with the determination to build their own chapel. (Its eventual site was in the Crescent, where the abandoned Royal Mail Sorting Office now stands. This original chapel  was replaced in 1879 by the enormous be-pillared United Methodist Free Church with seating for 1100. But with a congregation reduced eventually to 88 members, it was demolished in the 1950s.)

Looking back in old age on his time in Spalding, Booth said: “I was a weak and puny fellow when I went to the Fens …… [but] those long journeys on foot and the splendid hospitality of the Lincolnshire people simply made me.”

It was in 1865 that William Booth created the Salvation Army, and by a happy coincidence the unveiling of our blue plaque by his Great Grandson Colonel; Bramwell Booth on 17 October 2015 also marked the 150th Anniversary of that event.