An update on this issue as reported in our October 2021 Newsletter.

Five Years Ago we pictured the 27 shops in the town centre that had their windows blanked out by vinyl film or blinds. Thus began a campaign to try to reduce this wretched modern practice.

The case against is clear. Visually, commercially, socially, they are a blight at the heart of our towns. Garish, down-at-heel, they are windows that say, “Keep out,” unlike attractive displays of goods that say, “Come in and see more.” They are boring: the same unchanging giant parsnips and pastries, beer cans and bread rolls. Or as blank as a brick wall. Footfall killers all and a real visitor turn-off.
The basic function of a shop window seems to have been forgotten:-

“A shop front projects the best possible image of the business. It needs to display goods effectively and attract customers. It is in the shop owner‟s interest to make sure that the shop front is well designed and makes a positive contribution to the street. Attractive shopping streets that provide a pleasing shopping experience will lead to higher custom.” (§ 5.1) Even more basically: “encouraging [shoppers] to stay and spend.” (Peterborough's Shop Front Design Guidance, § 1.2)

Accordingly, vinyls are specifically curtailed in Peterborough: “Window stickers should be restrained and cover no more than 20% of the total window area.”

In Wisbech: “Consideration should be given to window display without blocking the entire frontage with vinyl graphics.” (§ 7.0)

South Holland has no such guidance.
So what has been achieved to date? Not a lot.

The Real Pharm Shop in Station Street now shows what it sells. Hughes Electrical contacted the Society and, although not presently able to open up its Victoria Street windows,compromised with large historic photographs of the Sheepmarket (with text by member John Honnor).

We objected to Aldi's proposal to use an expanse of wall to add yet more monster fruit-and-veg to Winsover Road and the application was withdrawn.

We thought we'd secured a major victory when we persuaded the Planning Inspectorate and the officers drawing up the new South East Lincolnshire Local Plan that blanking-out shop windows with vinyl film should be prohibited. We'd proposed the following: ‘The blanking-out of shop windows by opaque or semi-opaque vinyl film, blinds, or the rear of cabinets, display shelves or panels will not be permitted.’ In the Local Plan this appears as: ‘The blanking out of shop windows by externally- positioned opaque or semi-opaque blinds or vinyl film or by other means will not be permitted.’

Note the weasel phrase “externally-positioned”! Take the film off the outside of the window and stick it on the inside and you‟re O.K. – even though the visual impact is identical. And the policy applies only to „Primary Shopping Frontages‟ anyway (i.e. The Market Place, two sides of Hall Place and one side of Bridge Street. It is therefore virtually useless to achieve what appears to be its aim.

Meanwhile, most of the original 27 windows are unchanged and have been joined by over 10 more. 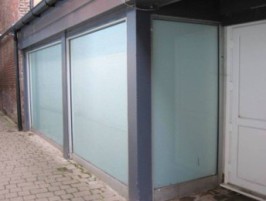 Abbey Passage is notorious for its misuse as a urinal. By preventing informal surveillance from within the shop, the recent blanking-out is only too likely to make the situation worse 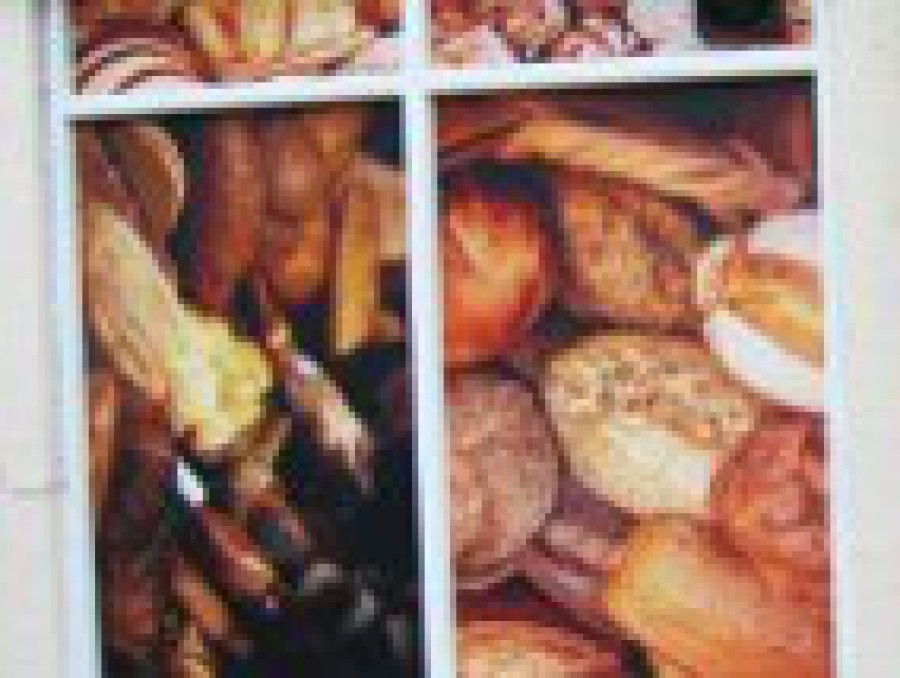 The shop's other window is vinyl-free with real pizzas and pastries on display. Always there are people looking. Removing the vinyl to display bread and some enticing cakes too would surely mean even more people looking – and entering.

Not a pharmacist's but an estate agent's! Well may the scientist‟ of this vinyl half- sticker look surprised. She's actually been positioned to hide several of the properties the agent is supposedly trying to sell. 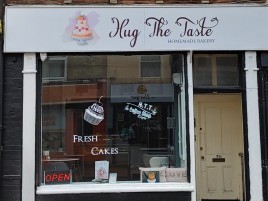 Hug The Taste bakery on Station Street offered something different to the town. Opened after the first lockdown of 2020, It did not survive the second lockdown. 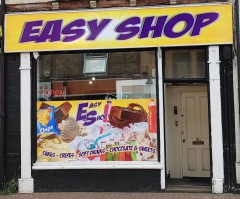 Case in point. A shop front design guide would have prevented this retrograde step. 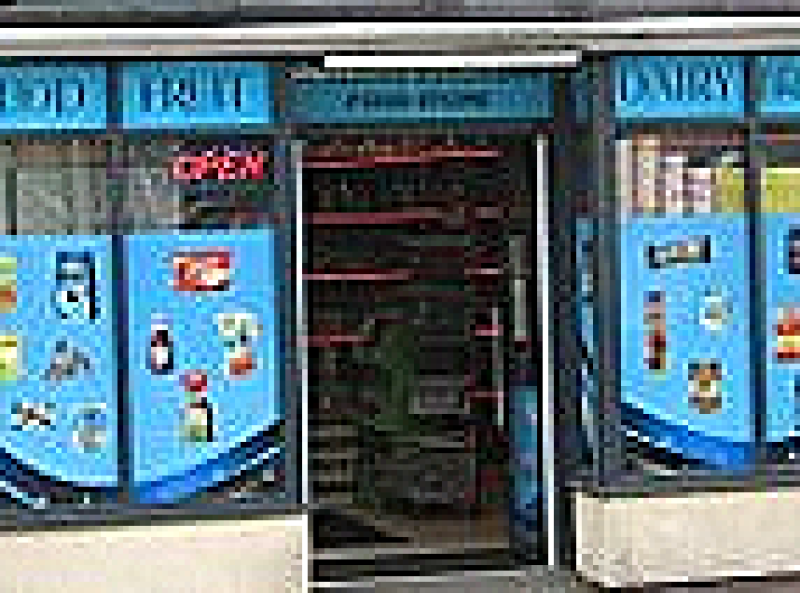 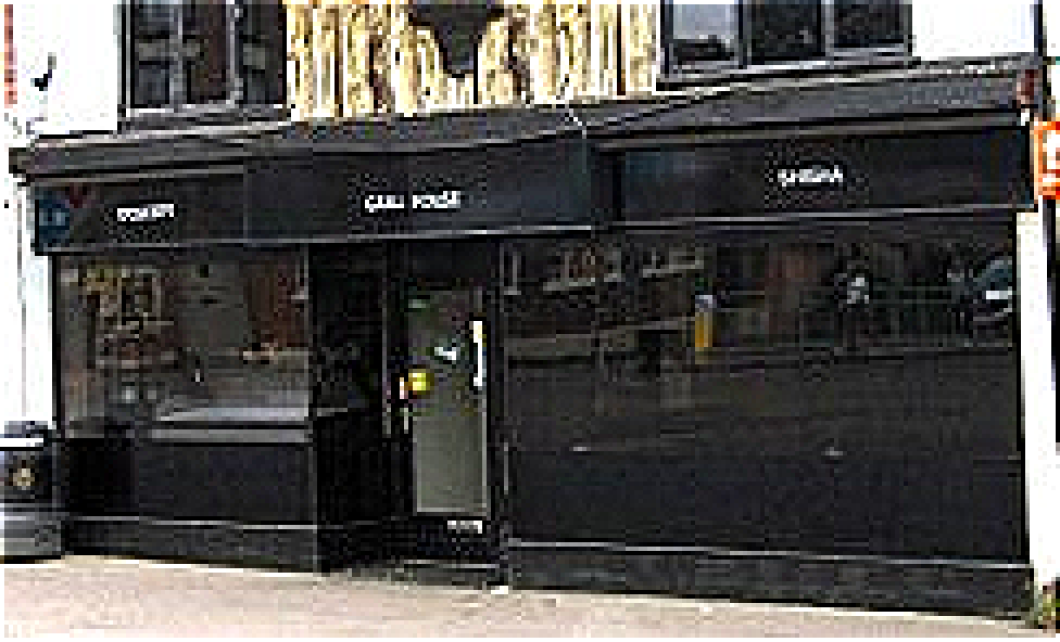 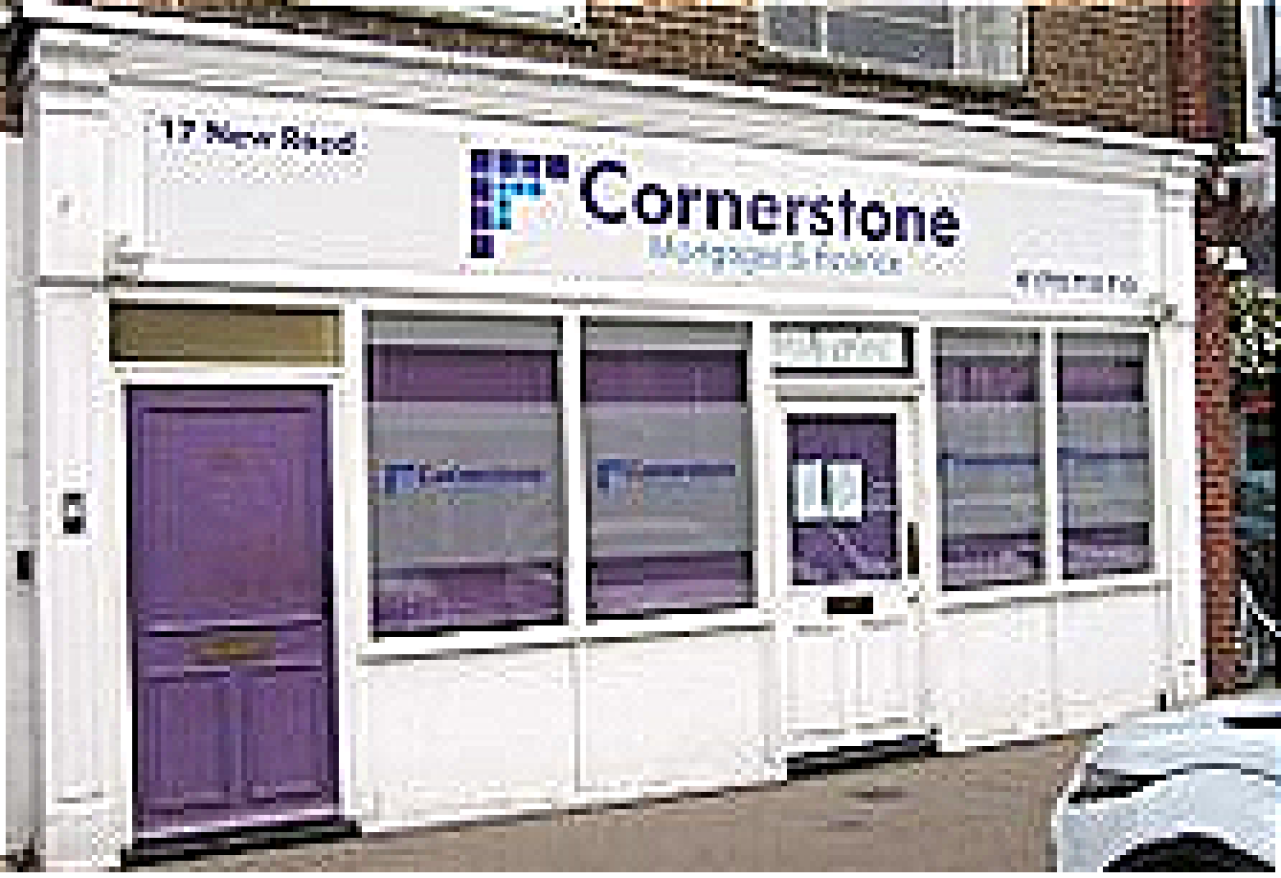 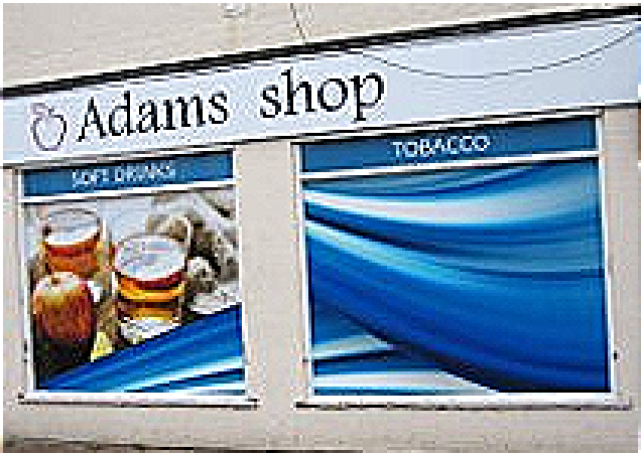 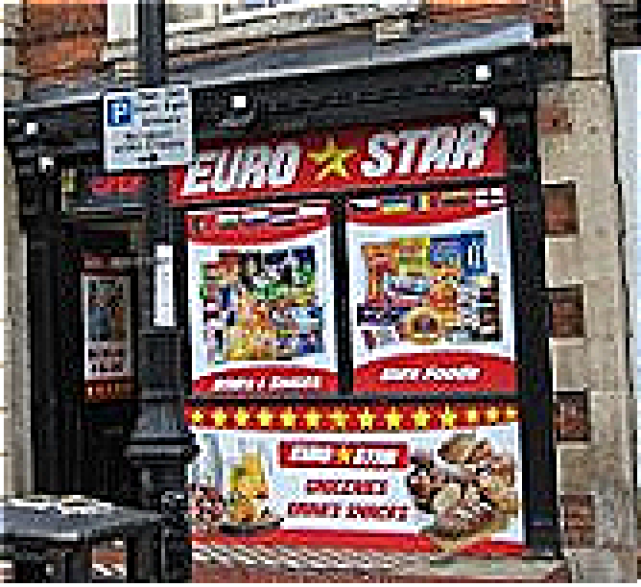 On the north side of Winsover Road there are ten shop frontages between Glenn Avenue and Station Approach. Just one has goods in its window. The rest are blanked out or offices. It‟s high time South Holland had a shop front design guide.  One based on the Peterborough guide would not be a bad start.