We were pleased to report that one trader in the town took note of our campaign. The end result is a positive contribution to the town.

The Society has been campaigning for some time against the ever- increasing blanking-out of shop windows and its negative effect on the street scene.

It is pleasing therefore to report that Hughes, the electrical goods shop in the Sheep Market, have approached the Society to ask how they might improve the look of their black blanked-out window fronting Victoria Street.

After a site meeting it was agreed that the shop layout made it impractical, at present, to re-open the window for the display of goods; so our suggestion was adopted to display three pictures depicting the history of the site their shop now occupies. The manager came up with these three photographs.

The Society very much appreciates Hughes’s positive response and hopes other shops will follow this example. 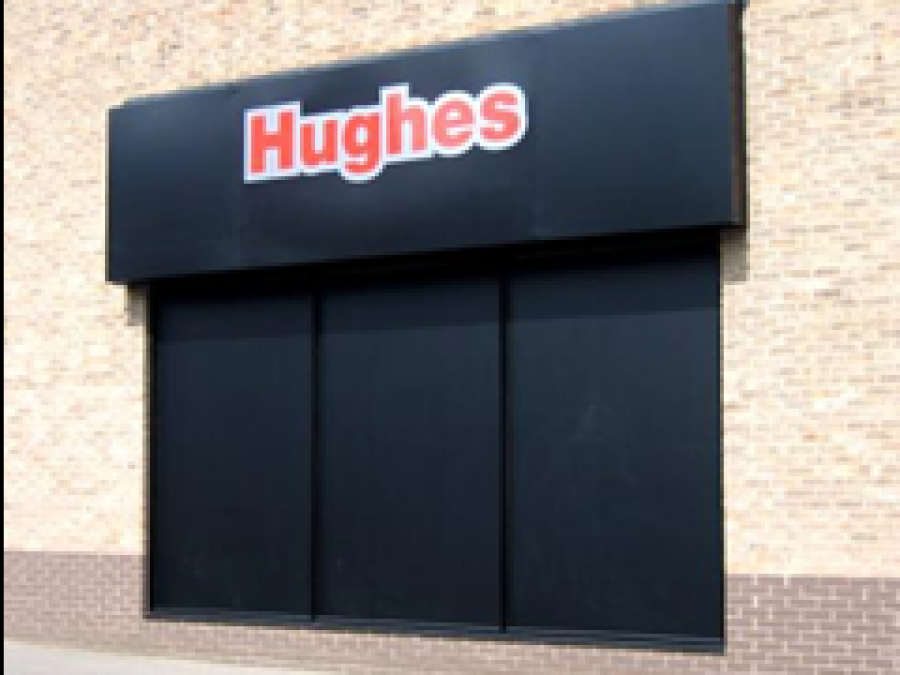 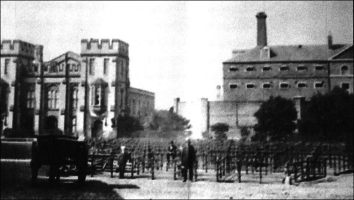 The Prison was built in 1826. It occupied the whole block bounded by Victoria Street and Station Street and was surrounded by high brick walls; an imposing deterrent to crime. Demolished in 1890. The Sessions House opposite was built in 1842. 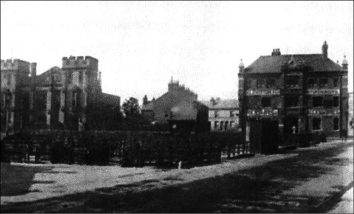 The Drill Hall was built in 1890 as the head-quarters of F (Spalding) Co. of the 2nd Lincolnshire Volunteer Battalion. 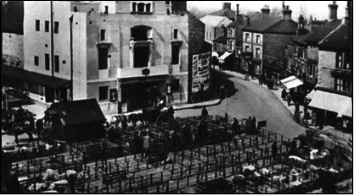 The Regent Cinema opened in 1927. This fine art-deco building closed in 1959 and was replaced by the Library and the Trustee Savings Bank, later to become a restaurant and then converted into the present Hughes shop.

The window was featured in get connected, the magazine for the electrical good industry thereby promoting the heritage of the town nationally.