In our February 2019 Newsletter we reported a concession in the South East Lincolnshire Local Plan, but it does not go far enough. 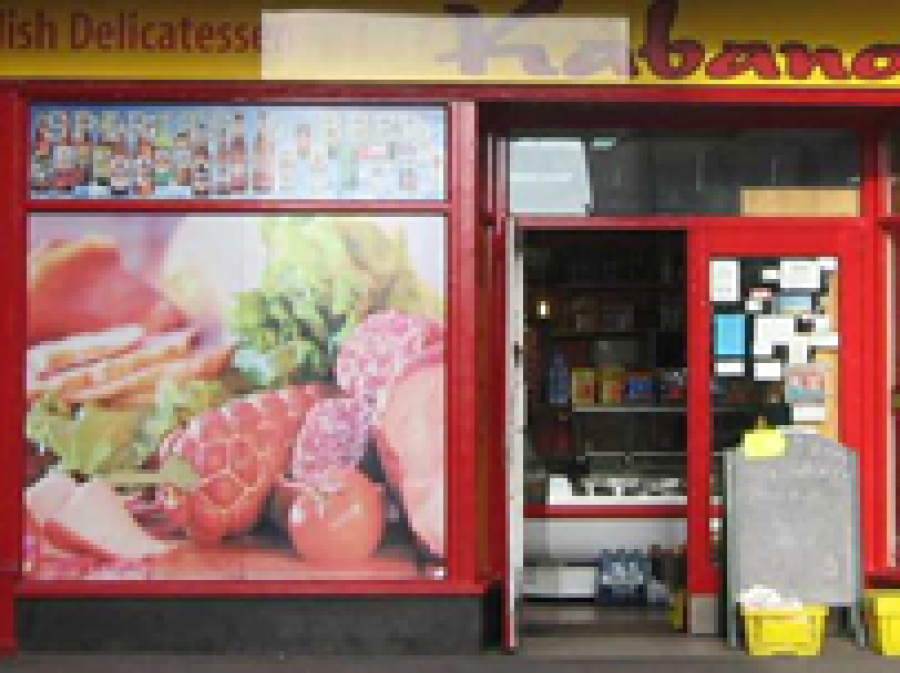 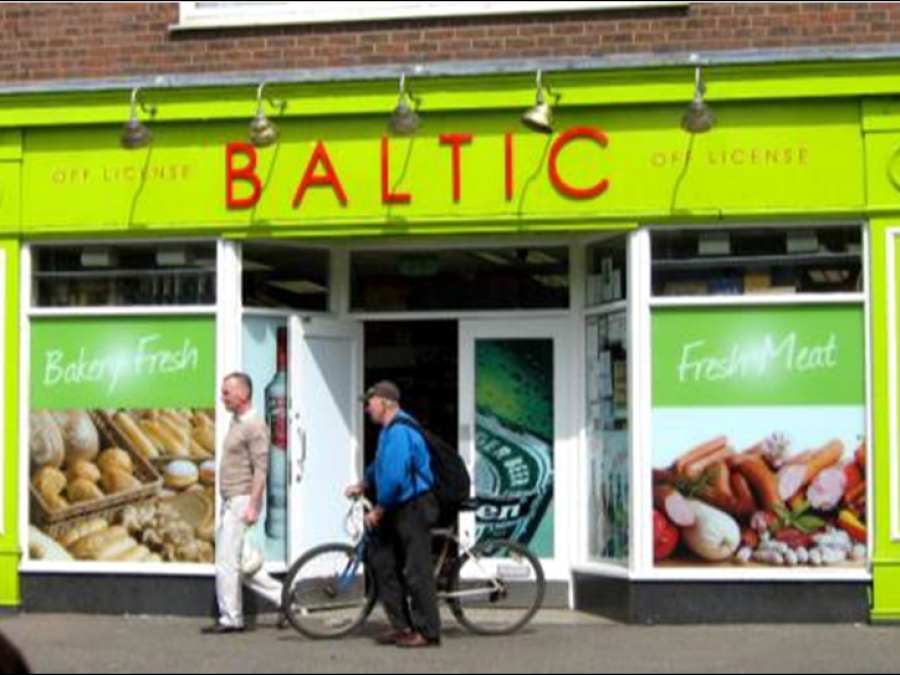 Spot the Difference.
One blanked-out window above would be prohibited under the new South East Lincolnshire Local Plan; the other not. Having difficulty? Well you may. The only difference is that the vinyl film on the left is stuck on the outside of the glass (prohibited), and that on the right on the inside (permitted).
Yet in their appearance and their harmful impact on our town centre they are identical.   Members may recall the two pages of Spalding’s blanked-out windows pictured in the Newsletter three years ago. They are garish, strident intrusions on the streetscape and kill footfall and therefore retail business. No- one crosses the road to look at a pumped-up parsnip or zoomed-up beer cans. In effect, it’s like being as- sailed by a succession of gross advertising hoardings at eye-level or, if like B&M, by a blank wall.
The Society has not felt it could sit back and do nothing any longer. In one of its responses, therefore, to consultations on the South East Lincolnshire Local Plan it proposed the following:-
‘The blanking-out of shop windows by opaque or semi-opaque vinyl film, blinds, or the rear of cabinets, display shelves or panels will not be permitted.’
The examining Inspector and officers involved were evidently convinced, and the following appears in the final version of the Plan:-
‘The blanking out of shop windows by externally-positioned opaque or semi-opaque blinds or vinyl film or by other means will not be permitted.’
Unfortunately, however gratifying this is, the insertion of the words externally-positioned will render the provision self-sabotaging. All a developer has to do is to apply the vinyl inside the window instead of outside. The blight remains.
The root of the problem lies in the national Regulations for the Control of Advertisements, drawn up well over 20 years ago and now seriously out of date. The blanking-out of shop windows has only become a practice quite recently, so the Regulations naturally have nothing to say about it. The nearest they get to a regulation that would involve shop windows is the one that gives “deemed consent” to virtually any “advertisements displayed inside buildings”. Hence the problem. Hence the absurd anomaly of the photos above, where the essentially identical treatment of shop windows is both permissible and not permissible. As one of the officers drawing up the new Local Plan said to us: “We’ve done the best we could within the present planning regulations.”
In that case, we can only conclude that the present national regulations are no longer fit for purpose.
Accordingly, the Society has written to the Secretary of State for Housing, Communities and Local Government urging the need for the regulations regarding shop windows to be brought up to date, along the lines we have suggested.
We are also bringing the need to the attention of the Planning Inspectorate, Civic Voice, our MP, and various influential columnists in the national press. Nothing ventured, nothing gained.